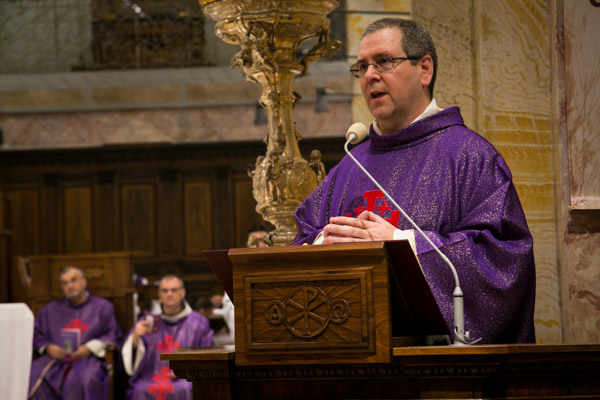 Fr. Francesco Patton was born in Vigo Meano in the diocese of Trent on December 23rd, 1963. He belongs to the Franciscan Province of St. Anthony in Italy. He is fluent in English and Spanish, besides his native Italian.

He made his first religious profession on September 7th 1983 and his solemn profession on October 4th, 1986; then was ordained to the ministerial priesthood on May 26th, 1989. In 1993 he earned a Licentiate in Communication Sciences at the Pontifical Salesian University in Rome.

He served in various capacities in his province and also within the Order. He was twice Secretary General of the General Chapters in 2003 and 2009; Visitator General in 2003, Minister Provincial of St. Vigilium (Trent, Italy) from 2008 to 2016; President of the Conference of Provincial Ministers of Italy and Albania (COMPI)

He also served in many capacities outside of the Order: as member of the Diocesan Presbyteral Council and secretary of the Diocesan Pastoral Council of the archdiocese of Trent; professor of Social Communications at the Studio Teologico Accademico Tridentino; collaborator of the Diocesan Weekly, the Diocesan Radio and Telepace Trento; and enrolled with the journalists of Trentino-Alto Adige as publicist since 1991.