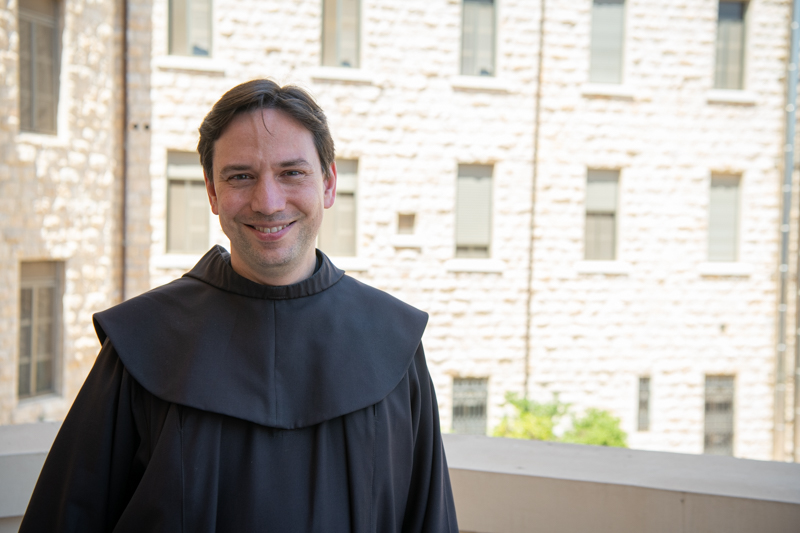 The Custody of the Holy Land benefits from the help of some friars to increase its activities all over the world. We are talking about the commissaries who, in different countries, are summoned to be “a bridge between the Holy Land and Christians the world over.”

Each commissary directs a Commissariat, i.e. a structure of the Custody of the Holy Land that contributes to promoting the Holy Places and bringing people closer to the land of Jesus. Today, there are sixty Commissariats all over the world: most of them are activities promoted by the Provinces of the Order, whereas others are a direct emanation of the Custody of the Holy Land.

The Custody’s Chapter, which was held in July in Jerusalem, was the opportunity to meet some of the commissaries and have them tell us about the life of the friars far from the Holy Land. One of them was Fr. David Grenier, a Canadian friar born in 1977, and in charge of the Commissariat of the Holy Land of Washington D.C, in the United States of America.

The conversation immediately focused on the historical, and unusual, bond between the U.S. Franciscan Commissariat and the Holy Land. It is a long story that began in New York in 1884. “The pilgrims who from America went to Jerusalem left from New York," he tells. "At the time, they would leave by ship and arrive in France; from there they started a pilgrimage around Europe, travelling by train and visiting Lourdes, Assisi and Rome. Then they would set sail again from Ancona for Alexandria and from there overland to finally reach the Holy Land." Naturally they were very long journeys, which lasted from 90 to 120 days, depending on who wanted to stop and visit Galilee and Transjordan.

"Few Americans could afford such a long and expensive trip. This is why, in the second half of the 19th century, one of our friars had the intuition of building replicas of the holy sites, so that those who had the desire but not the resources could experience the Holy Land. In Washington the Franciscans came into possession of a piece of land outside the city of about 18 acres. Reproductions that were faithful in their dimensions and details of the places that are the destination of pilgrimages were placed on this large plot of land: the church of the Assumption of Mary which contains the tomb of the Virgin Mary, the grotto of the Nativity of Our Lord, the one in Nazareth, the Calvary, the stone of the Unction and the Sepulchre. There is also the replica of the grotto of Lourdes, of the Porziuncola of Assisi and of the catacombs of Rome! The idea was that the faithful could follow all the stops that the pilgrims made at the time to reach the Holy Land.”

All this was built between  1896 and 1898, even before the Custody had shrines and basilicas built in the 20th century by the architect Antonio Barluzzi. Making these faithful replicas of the holy sites of the Holy Land persuaded the U.S. Franciscan community to move the Commissariat from New York to Washington.

Today that huge plot of land that the friars bought over a century ago is part of the urban agglomeration of the capital, which over the decades has expanded significantly. This has meant that the Franciscans have been able to keep an oasis of peace inside a frenetic metropolitan area in constant movement. It is thisaspect that attracts many curious people every day and is an occasion for the friars to open the doors of their shrine to visitors and speak to them about the Holy Land.

"In this space many years ago we founded the Franciscan Monastery Gardenwhich attracts many people who like to work the land. Behind the monastery we also have a greenhouse and a field for cultivation, which even includes some fruit trees. Many people come here voluntarily to work the land free of charge. Last year we harvested eight tons of food, a small part of which we kept for ourselves, while we gave the rest to canteens for the poor in the city. In the rear part, we also have two hermitages for those who wish to spend time in prayer and meditation in this urban Garden of Eden.”

Such a special location undoubtedly fosters the encounter between the city and the Franciscan community, perfectly integrated into the urban fabric. The friars of the Washington Commissariat thus take every invaluable occasion of meeting visitors and the faithful to make the Holy Land known to them. They do so through the tour of the Shrine which, through the replicas of the Holy Places, lets guests have a taste of the Holy Land; they also do it through direct testimony, with pastoral activities, with the organization of pilgrimages and with the periodic publication of the Holy Land Review in English.

"People are often frightened of coming to the Holy Land because the images that are filtered by television show a scenario of violence, linked to the Israeli-Palestinian conflict. We work very hard to make them understand that the streets in Jerusalem are much safer than those in many U.S. cities. Those who have already made a pilgrimage continue to cultivate a very strong bond with the Land of Jesus. With them, before the pandemic, we organized various open meetings with the public, where they gave their testimony. In front of our monastery, we also have a large hall, St. Francis Hall, which we generally rent out for weddings. Even if those who rent our premises are not directly interested in the Holy Land, we take every good opportunity to bring them closer to what we do and to keep a bond with them. During Advent, for example, we send some of these couples a small dove made of mother-of-pearl, crafted in Bethlehem to put on their Christmas tree, with attached a letter in which we explain our mission in the Holy Land."

This important effort of promoting the Holy Land is carried on by a small community of twelve friars. "For Washington the greatest challenge is linked to the ageing of the community of friars, whose average age is between 70 and 75. I entered in 2007 and I am the last seminarian to have passed through Washington who has made the solemn profession. I have been the youngest in this community for years."

It is a challenge that can be met by inviting people to a vocational discernment, for which Fr. David is responsible for the USA: "Since 2019, one of my tasks has been vocational animation for the United States. Since last January we have had a young man who is in Bethlehem for formation, another will be going in September-October. With another three or four I am following we will follow a path of discernment. The United States is a huge country and this is also a challenge. As Commissary of the Holy Land, I am in charge of vocations for the whole of the United States." Smiling, he concludes: "We try to do what we can.” 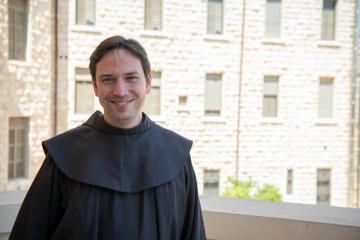 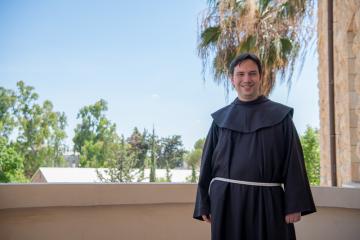 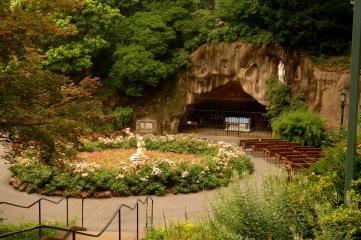 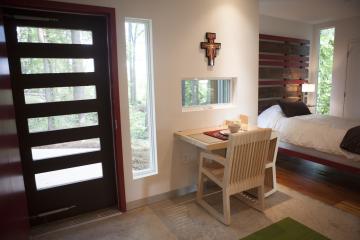 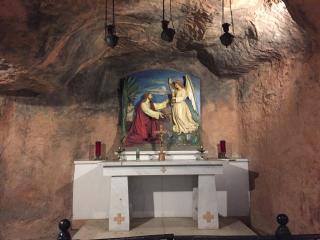 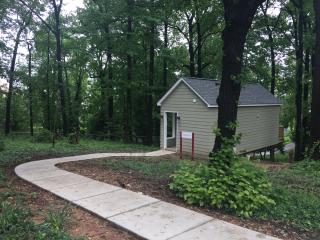 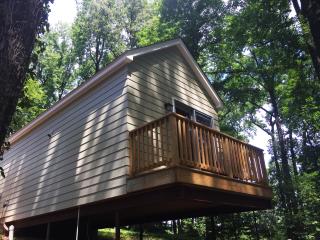 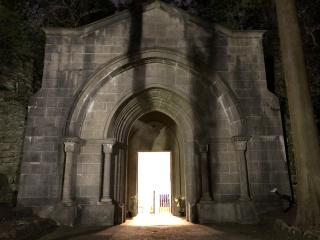 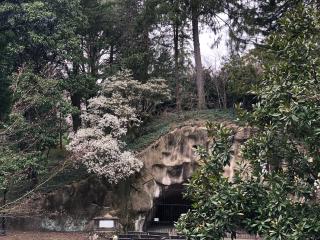 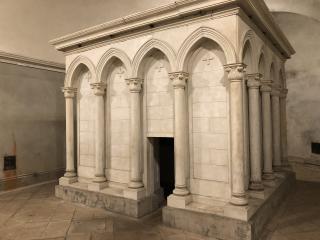 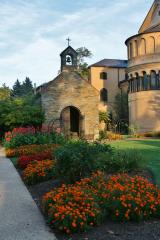