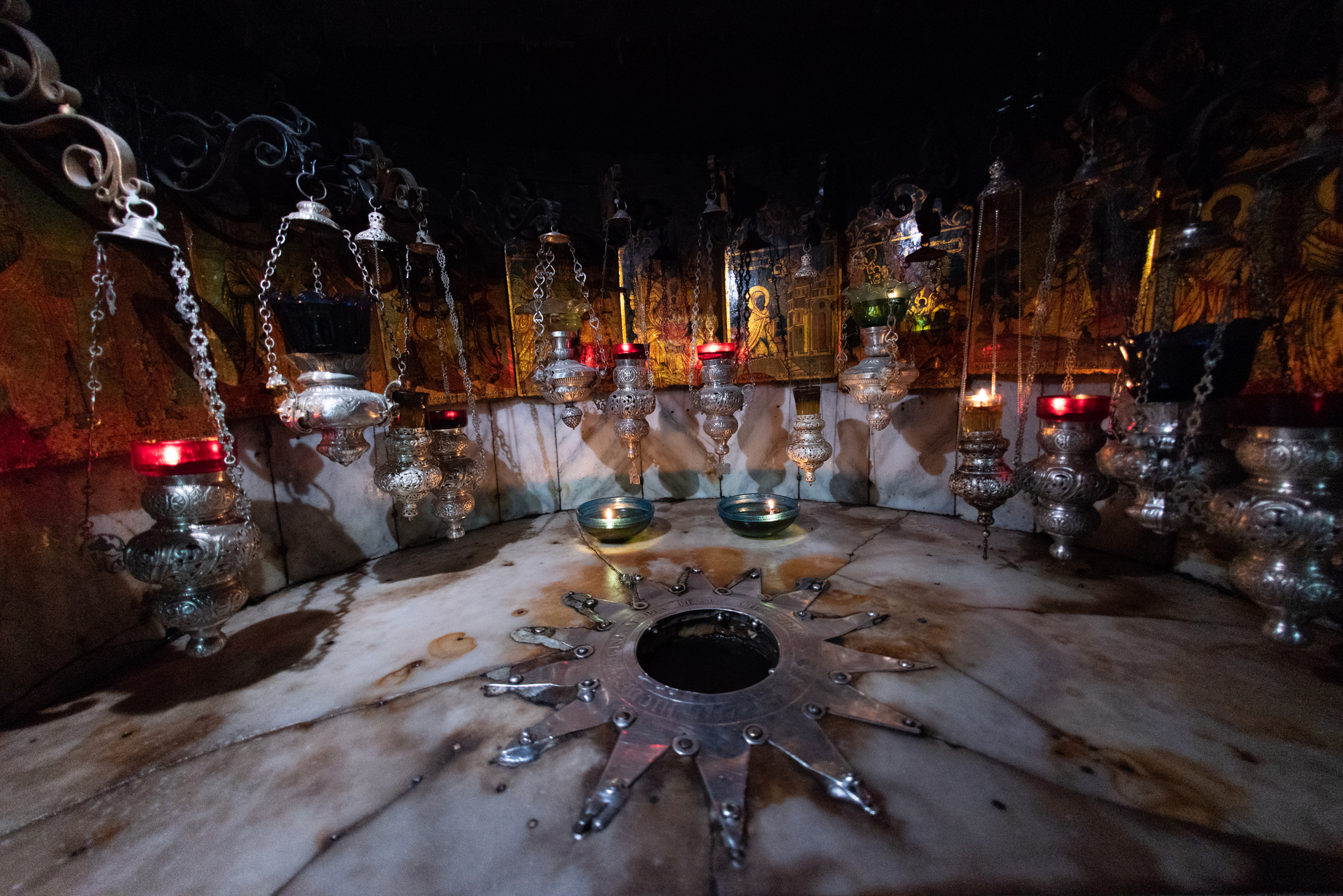 "She gave birth to her firstborn son, wrapped him in swaddling clothes and laid him in a manger" (Lk 2:7)

Eight centuries ago, Saint Francis had the grace to come as a pilgrim to the Holy Land. It was on that occasion that he met, unarmed, the Sultan of Egypt and announced the Gospel to him.
Thanks to that meeting, he could probably visit this special place, the manger in Bethlehem, where the Virgin Mary laid her Son Jesus with love and care after having given birth to him and wrapped him in poor clothes.
Here Saint Francis probably contemplated what we and the pilgrims can still see today: the manger and the altar on which the Eucharist is celebrated.
Perhaps that is why he then wanted to celebrate Christmas in Greccio with these simple elements: an empty manger and an altar to celebrate the Eucharist. Pope Francis also reminded us of this during his recent visit to Greccio and with the Apostolic Letter dedicated to the Admirable Sign of the Nativity scene.
In many of his "Writings", Saint Francis himself speaks to us at the same time of the birth of Jesus from Mary and of his humble presence in the Eucharist, as in Admonition I, in which he tells us:
“Behold, every day the Son of God humbles himself, as when He descended from the royal seat into the womb of the Virgin; every day He Himself comes to us apparently humble; every day He descends from the bosom of the Father to the altar into the hands of the priest.”
(St. Francis, Ammonizione I,16-18: FF 144).

May the celebration of Christmas lead us to follow and imitate the humility of God: may the manger and the altar, the place where we receive the daily gift of the Son of God who humiliates himself for us, commit us also to making ourselves small, to giving ourselves, every day.

Orthodox Easter: the wishes of the Custody to the Oriental Churches