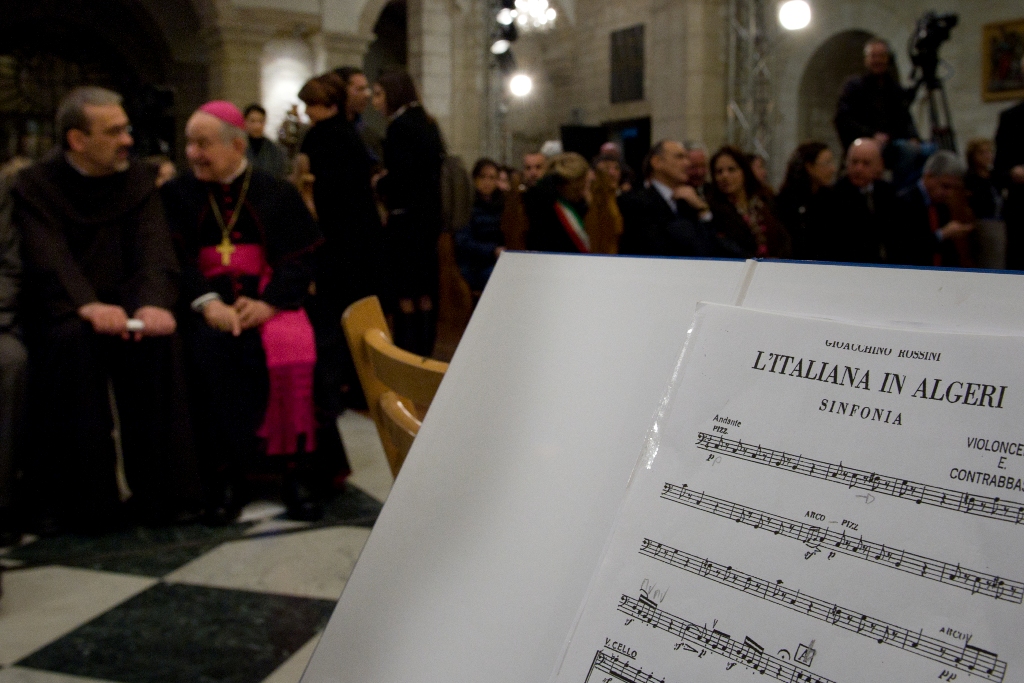 This year again, the eleventh concert for Life and Peace will be held in Bethlehem on 20th December at 7.30 p.m.

With the usual participation of the Palestine Youth Orchestra, conducted by Maestro Juan David Molano, the concert will be broadcast live internationally as a sign of solidarity, friendship and peace to take the wish of the Holy Land into the world.

We of the Custody are delighted to promote the event with a special message:

When music becomes an instrument of Peace, listening changes every perspective,
it allows imagining wide open spaces, without borders.

It is with this sensation that I would like to share with you, the organizers of this now traditional initiative, the memory of Monsignor Pietro Sambi,
the first of its promoters and supporters.

The Christmas Concert for Life and Peace contains a message of hope from and for Bethlehem, which Monsignor Sambi was able to spread to the whole world.

I remember him with fond devotion as a straightforward person, with his genuine character as a native of the Romagna region, enamoured of the Holy Land and always in the front line to testify, with faith and concretely, his daily life in this, still so complicated, country.

Together with the prayers of the Franciscans of the, we send our sincerest wishes, Custody for the success of the concert.