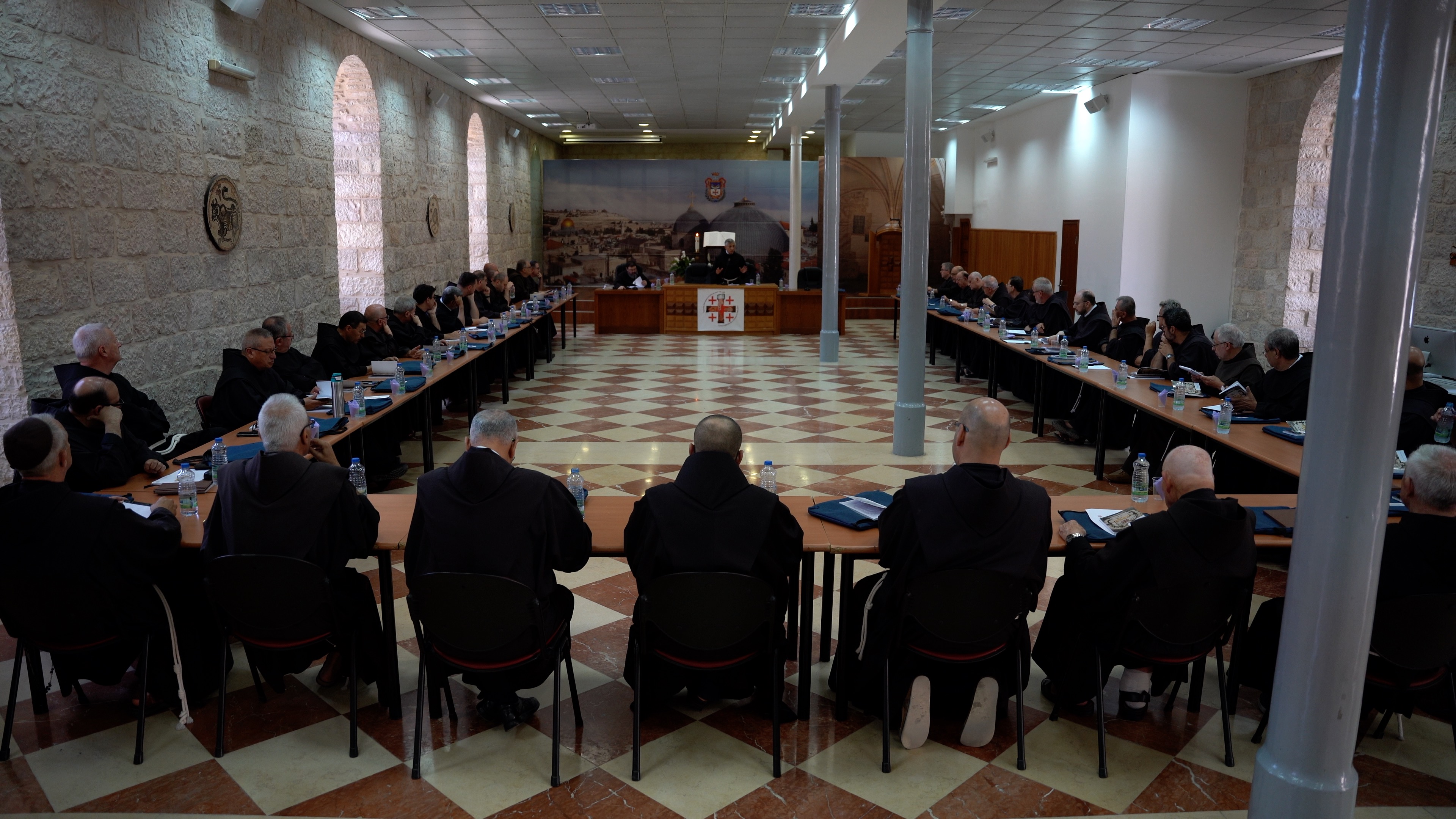 From July 4 to 15, the Friars Minor of the Custody of the Holy Land are gathered in Jerusalem for the Custodial Chapter on the theme, "Jesus said, Do not fear, only have faith" (Mark 5:36).

The first day was a day of retreat, at St. Savior's Convent.

Participating in the Chapter were 43 friars from Israel and Palestine, Jordan and Lebanon, Egypt, Cyprus and Rhodes, the United States, Argentina and Italy. The days are marked by work, interspersed with celebrations and moments of fraternal fellowship.

Br. JULIO CÉSAR BUNADER, ofm
President of the Custodial Chapter
"The Custody is an international, intercultural reality. The reality of all the friars of the Custody presents itself with a diverse face, with many different realities. Being in Chapter for us is much more meaningful in the sense of responsibility and fraternal co-responsibility to carry out a mission. The mission first of all is to be friars minor, to find ourselves together to discern and re-launch our reality anew."

Br. FRANCESCO PATTON, ofm
Custos of the Holy Land
"For us, the Chapter is - to put it with a word that is somewhat fashionable today - an experience of synodality. It is a periodic gathering of the friars - every three years - to check together how our life as minor friars in the Custody of the Holy Land is going. And also to discern and decide on some guidelines that we need for the next three years. The guidelines of a chapter are always listening to each other, which must always be enlightened by the Word of God and the action of the Spirit, and the desire to continuously actualize our charism, the rule, the form of life that St. Francis left us, which is to live according to the Gospel. And when these elements are there, we can face the situations, the problems, the challenges we face for the present and for the future."

Br. NARCYZ KLIMAS, ofm
Prof. History of the Church and Custody of the Holy Land
"The first Chapters of the Custody were in Tripoli, Lebanon, from 1241 to 1255, when the province of the Holy Land, the so-called Middle East Province, still existed. After that we do not find any records."

Br. NARCYZ KLIMAS, ofm
Prof. History of the Church and Custody of the Holy Land
"The first and true custodial act - or custodial chapter - is organized in 1968. Here in the Chronicle of the Custody we have this very important annotation: Chronicle of the Custodial Chapter August 19-September 10, 1968. This is the first custodial chapter in the full sense of the word, because it was attended not only by the members of the discretorium but also by the guardian fathers and deputies elected by the friars of the Sacred Custody. So here we have a prescribed and convoked chapter as it is today."

The first Franciscans landed in the Holy Land in 1217. Since then they have always met the challenges of the times in order to transmit the Grace of the Holy Places, sharing their lives with the local Christian community.