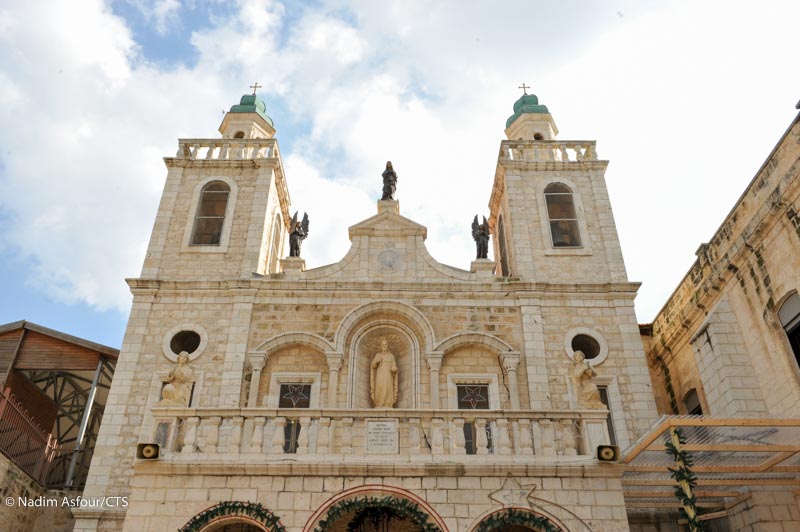 “This Sunday, here in Cana of Galilee, we are invited to understand all the value of human love, starting from the love that God has for all his people and the whole of humanity, which is like the love of a groom for his bride.” With these words, the Custos of the Holy Land, Fr. Francesco Patton, explained the meaning of the solemnity celebrated on 17th January in the shrine of Cana of Galilee where the church of the first miracle of Jesus stands. According to John’s Gospel, Jesus, invited to a wedding banquet, changed water into wine, on a request from Mary, his mother (John 2, 1-11). With this first miracle, he revealed his divine nature and from then onwards performed other miracles and signs. The Custody of the Holy Land commemorates this evangelical episode every year with a Solemn Mass in the shrine which today is in the Arab village of Kafr Kana in Galilee.

“This Sunday, however, each one of us is called to discover that their personal relationship with the Lord also has to be a relationship of love, a marital relationship,”  Fr. Patton continued in his homily. The Custos recalled not forgetting all the fiancés and spouses of the world in this “year of the family”, in particular the “families and marriages in crisis, the situations where the wine of joy, of love and of reciprocal service is lacking.”

The evangelist John puts this passage of the gospel of the wedding at Cana at the start of Jesus’s ministry, precisely to allow us to understand, according to the Custos, that the marriage between God and his people takes place in Jesus’s life, ministry and Easter.  “We are made for an infinite love. We are made to receive the love of God and change it into  such an intense and personal relationship to be able to find a similar one only in the image of marriage.”

On this feast day every year, many couples of the parish used to fill the church, so that even the courtyard was full, and they would renew their wedding vows before the priest. “We celebrated in a special way. Many Christians from Galilee would come and renew their wedding vows and people looked forward to this moment,” said the parish priest Fr. Haitham Franso Yalda Hano.  “At least seventy families from our parish renewed their wedding vows every year.” As the parishioners could not be present due to the restrictions imposed by the  Coronavirus pandemic, the parish priest has assured that there will be a special certificate to “remind the faithful that they are present with us, even though they  not. It will then be given personally to the families, during the visits for the blessing of the homes in Lent.”

Only the friars from the Galilee communities, including those from Nazareth, Mount Tabor, Tiberias  and Haifa were present at the Mass in the Church of the First Miracle.

Today three Franciscans of the Custody of the Holy Land are in service in the Cana convent and they carry on the activities of the parish and manage the shrine, closed for the time being due to the lockdown imposed by the Israeli authorities to fight the pandemic.

The church is a point of reference for the more than three thousand local Christians, of whom 700 are Catholics and the others Greek Orthodox and Melkites. Like the other parishes, in this period of restriction, the Sunday Mass is streamed on the church’s Facebook page.

A new project is also under way in Cana: a secondary school is being built which will be ready next year. In the past, the Franciscans ran a school in Cana, but it was closed in the 1950s.

From the Byzantine period onwards, various witness accounts spoke of Kafr Kana as the place of Jesus’s first miracle, but there is no certain information from the previous four centuries. In 1641 the Franciscans of the Custody of the Holy Land legally bought this Holy Place, but it was not until 1862 that they were able to take possession of it. In 1879, the new church was built on the ruins of an old Basilica, with an adjoining convent, subsequently enlarged between 1897 and 1905. The marble altar and the frescoes in the Nazarene style were the work of Bavarian artists and as the parish priest came from Salzburg, for the facade he took inspiration from the cathedral of his home town.

The archaeological excavations, conducted in 1969 by Father Stanislao Loffreda and in 1997 by Father Eugenio Alliata brought to light a courtyard and the remains of a synagogue with mosaics with geometric patterns and pomegranates. The synagogue, built on the remains of earlier houses (1st-4th centuries AD), had a high portico with a large cistern in the centre, which is still preserved today.

Under the church, there are the remains of a house, where the miracle of Jesus is said to have taken place. The house of the miracle, in the middle of the church, has been transformed into a crypt. 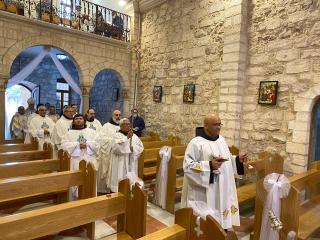 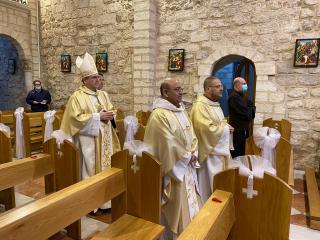 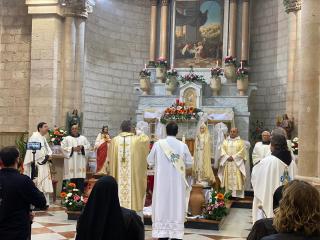 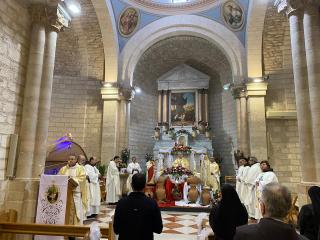 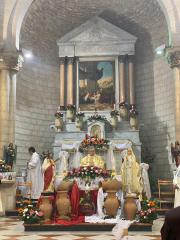 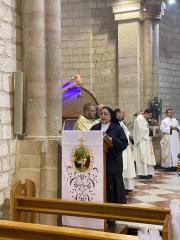 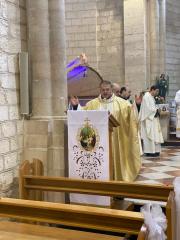 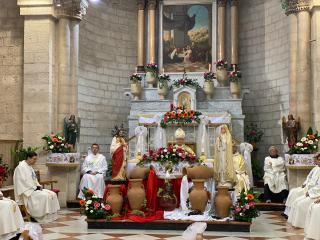 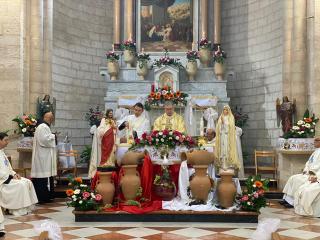 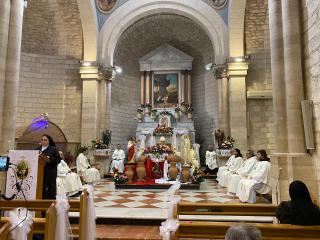 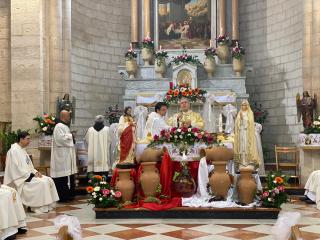 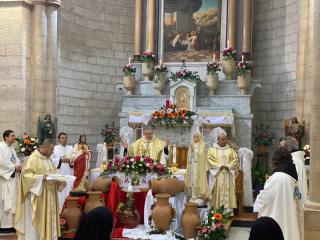 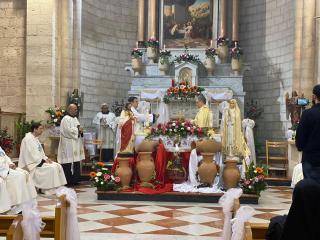 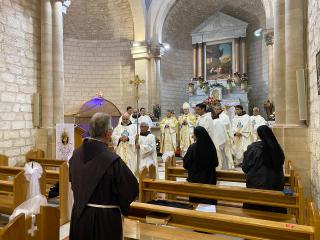 Cana of Galilee: work in progress for the new Holy Land School