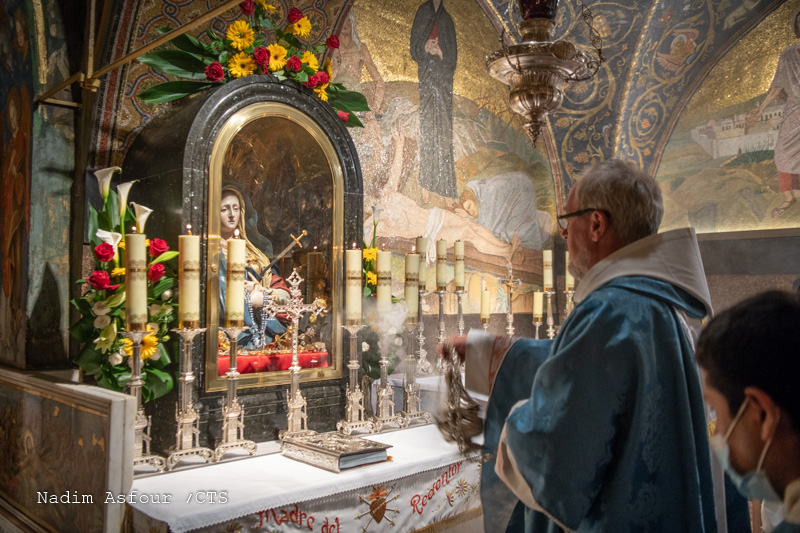 The statue of the Virgin Mary pierced by a sword dominates the altar of the Our Lady of Sorrows on Calvary, which today is within the walls of the Holy Sepulchre in Jerusalem. It was exactly there, according to tradition, that the prophecy of Simeon to Mary came true: “And a sword will pierce your soul too” (Luke 2:34-35). On Friday 26 March, the friars of the Custody of the Holy Land celebrated on that altar the solemnity of Our Lady of the Seven Sorrows, a liturgy which precedes the start of Holy Week. The Custodial Vicar,  Fr. Dobromir Jasztal presided the solemn mass for this feast-day on which we remember the seven sorrows suffered by the Virgin Mary: the prophecy of Simeon on the Child Jesus (Luke 2:34-35); the flight of the Holy Family to Egypt (Matthew 2, 13-21); when Jesus was lost for three days in the Temple (Luke 2: 41-51); the meeting between Mary and Jesus on the Via Crucis (Luke, 23, 27-31); Mary contemplates the suffering and the death of Jesus on the Cross (John, 19, 25-27); Mary takes her dead son into her arms on the descent from the cross (Matthew 27, 57-59); Mary abandons the body of her Son at the Tomb (John 19, 40-42).

“This is the place where everyone can learn how to live and can discover the meaning of life itself,often marked by pain and suffering,” said Fr. Dobromir in his homily. “The readings that we have listened to give us a lesson on grief, on the meaning and on the salvation worked by God.” According to the Custodial Vicar, Jesus does not reach perfection through ritual purification, but through the pain and suffering accepted until the end, an experience shared by Mary, the mother of God, who is the first to join her son in grief.

“‘Mary has to be pierced by the sword of pain in her immaculate soul, thus showing that her role in the story of the salvation is not limited to the mystery of the incarnation, but is completed in the loving and painful participation in the death and resurrection of her son,” continued Fr. Dobromir - [...]. “Mary’s mission does not even finish at the foot of the cross: with her suffering, God has made her heart stronger to become a refuge and inspiration for the frightened apostles, for the first Christians in the times of persecution, for every generation of the Church on its path in the ordeals of every period and she is also an example for all of us today who live in a world affected by the suffering caused by the pandemic.”

The solemnity of the Seven Sorrows of the Virgin Mary is still celebrated in Jerusalem today on the Friday before Palm Sunday, in the basilica of the Holy Sepulchre on Mount Calvary. Elsewhere, on the other hand, after the Second Vatican Council, it was decided to keep only one of the two feast-days dedicated to Our Lady of the Sorrows: that of 15 September on which the Blessed Virgin Mary perdolens is commemorated. The feast of the Seven Sorrows of the Virgin Mary is, however, older: it was established by Pope Benedict  XIII on 22 April 1727. The second, which is celebrated in September,  was not to enter the Latin liturgy until 1814, when Pope Pius VII extended the celebration of the Seven Sorrows of Our Lady to the whole of the Church. 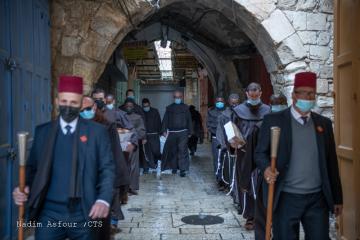 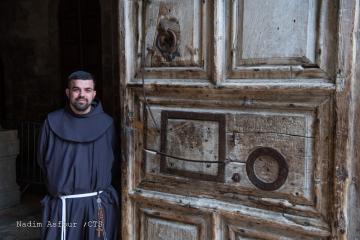 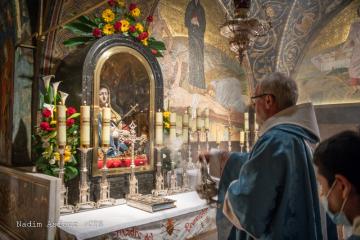 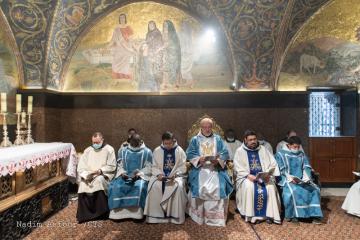 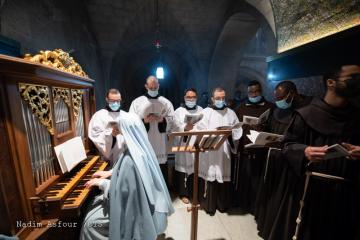 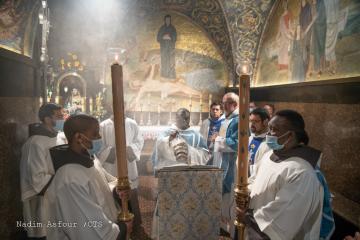 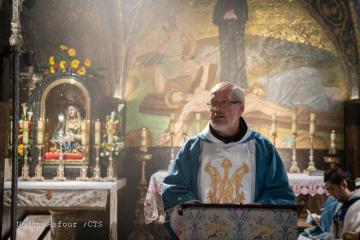 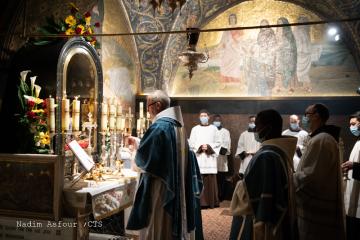 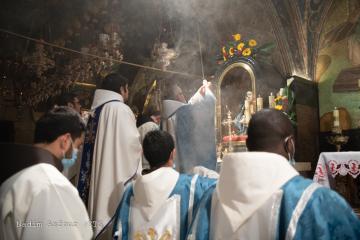 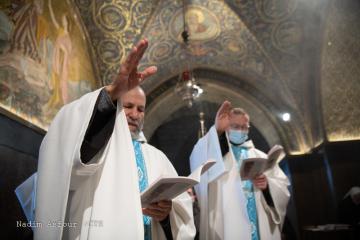 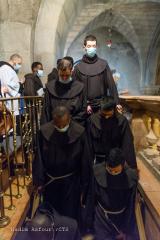 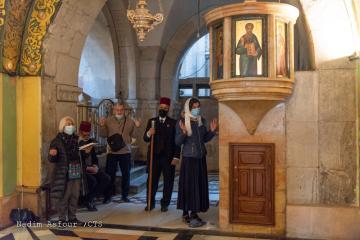 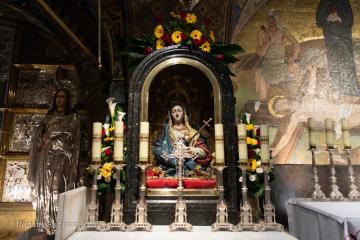