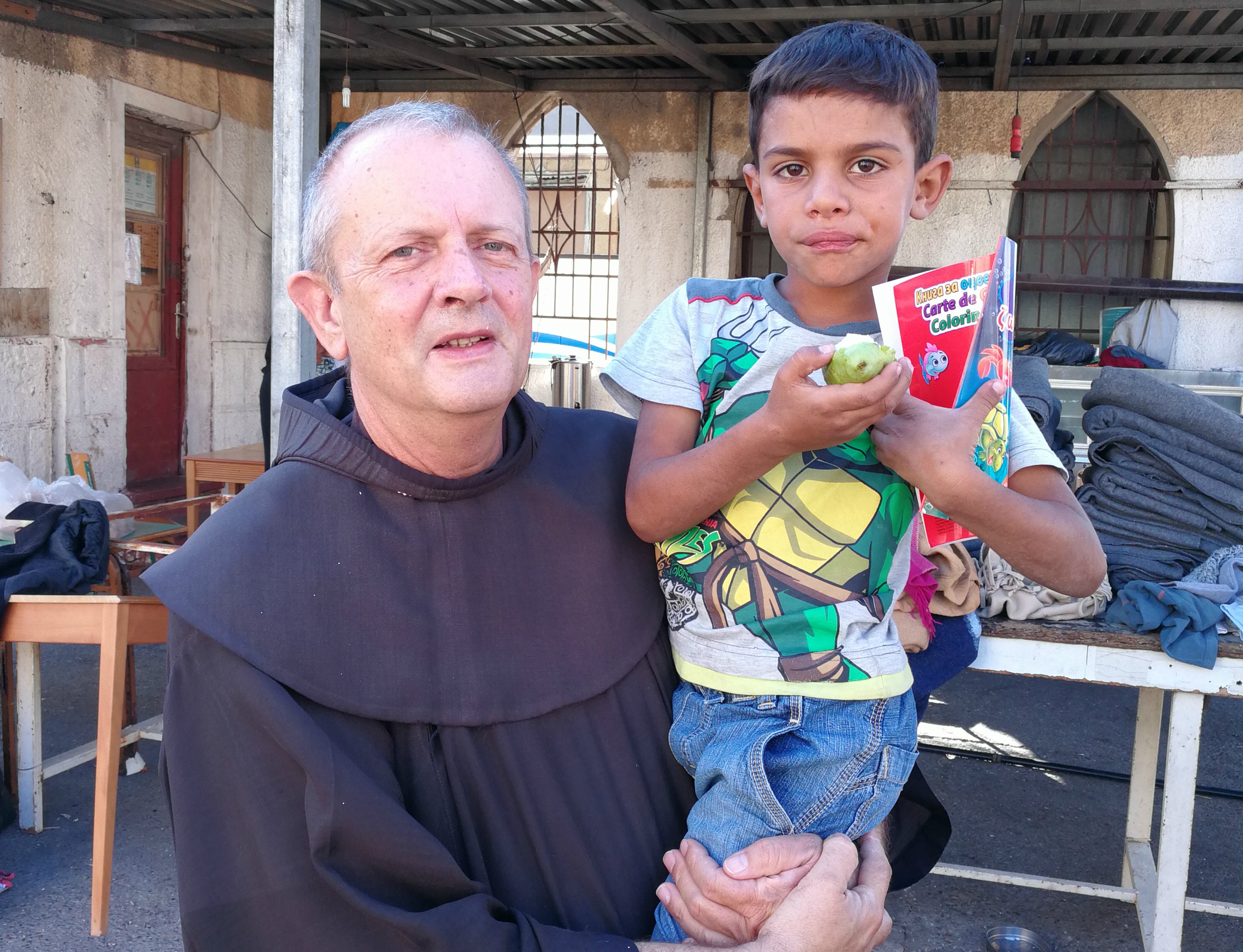 “Why did they wake me up? Why did I have to get up in a hurry? Where are we going? And why are we running?” These are the questions that a Syrian girl asks herself in the book Refugee, the Odyssey of a family, which was released March 22 by Edizioni Terra Santa. The illustrated book is about the dramatic realities of the refugees seen through the eyes of a child. The book’s proceeds will benefit the social prohects of the Custody of the Holy Land to help refugees on the islands of Kos and Rhodes.

The writer is Tessa Julià Dinarès, a Catalan teacher. The illustrator is Anna Gordillo Torras, who is also Catalan and who is in her early thirties. After studying fine arts in Barcelona, she completed a Master's Degree Program of Illustration for Children’s Tales at the Cambridge School of Arts. The book, indeed, is a combination of text and images and both are essential to the story.

The end of the book includes a brief description of the social projects for refugees supported by the Custody of the Holy Land in the Greek islands of Rhodes and Kos.
Kos has been impacted in every way by the influx of refugees. In the peak season, the island has welcomed up to 58,000 refugees. On the island, there is a small area that was designated for the welcoming, identification and sorting of 600 people, but in late 2017, it actually hosted 3,000 refugees, who live in severe poverty and subhuman conditions.

The refugee center of Rhodes, housed in a former slaughterhouse on the island, welcomed about 100 people, at the end of 2017, including unaccompanied minors and young people, as well as couples. The structure is dilapidated and the health conditions are severe. In addition, the Franciscan friars of Rhodes assist 250 people with clothing, medicine and food. The assistance project for refugees, with special care for unaccompanied minors, is personally overseen by Br. John Luke, a delegate of the Custos in Rhodes. The commitment of the Friars Minor to the refugees in Rhodes and Kos is part of a wider mission to provide aid and assist with humanitarian projects that support Syria and Lebanon.