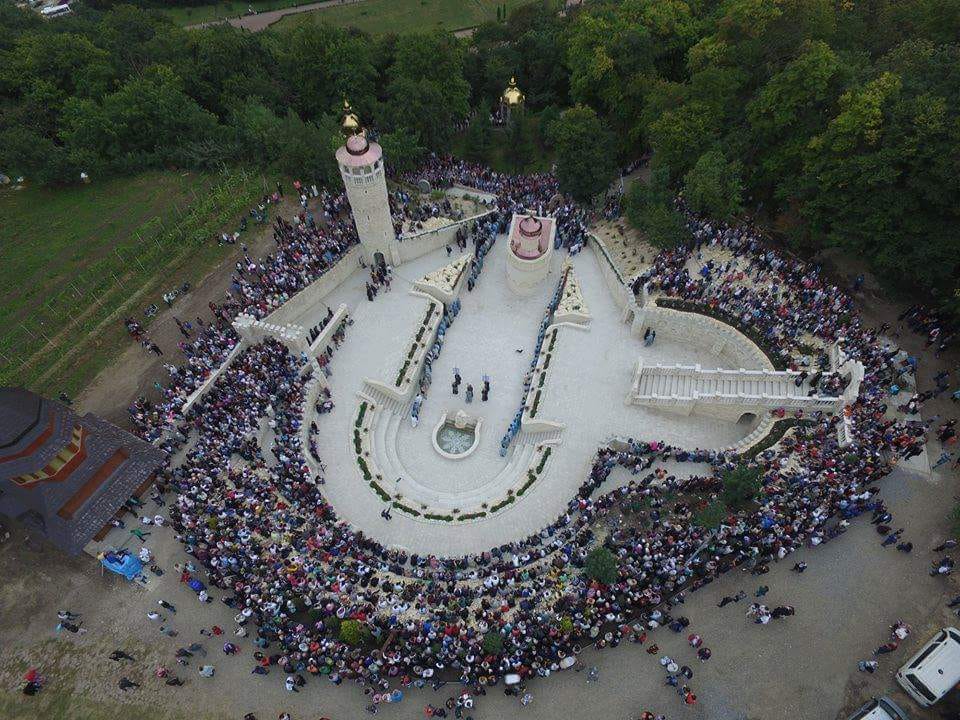 On 27 August, the Custos of the Holy Land, Fr. Francesco Patton and the Vicar, Fr. Dobromir Jasztal, participated to the blessing of the copy of the Edicule of the Holy Sepulcher at the Marian Center of Zarvanytsia, near Ternopil in Ukraine.

The Eucharistic celebration was presided by His Beatitude Svyatoslav, Major Archbishop and Head of the Greek Catholic Church of Ukraine, and by the Metropolitan of Ternopil Vasyl Semenyuk, with the participation of the Bishops of the Metropolia, a hundred priests, the friars of the Ukrainian Foundation of Byzantine Rite and about 50 thousand pilgrims arrived at the Sanctuary for the solemn feast of the Dormition of Mary.

The Custos and the Vicar of the Holy Land brought as a gift a relic of the rock of the Holy Sepulcher to be placed inside the copy made at the Marian Center, also called the Jerusalem of Ukraine, because it reconstructs various Jerusalem sanctuaries inside the Sanctuary enclosure.

The Custos of the Holy Land talked about the value of this sanctuary in relation to the sanctuaries of the Holy Land to introduce the Holy Places to Ukrainian pilgrims and invite them to become pilgrims in the Holy Land, but above all he invited them to live their whole life as a pilgrimage and a walking with faith in the footsteps of Jesus.

Tens of thousands of pilgrims participated to the celebrations of 27 and 28 August, many of whom arrived on foot, praying with intense faith - above all for peace in Ukraine and the Middle East - and participating both to the Divine Liturgy and the special prayers in song (molemen) to the Mother of God Assumption.

The blessing and inauguration of the sanctuary was an opportunity to strengthen the collaboration between the Greek Catholic Church of Ukraine and the Custody of the Holy Land made up also through the assistance service to Ukrainian migrants living in Israel and assisted by the Ukrainian friars in pastoral care serving the Holy Land.