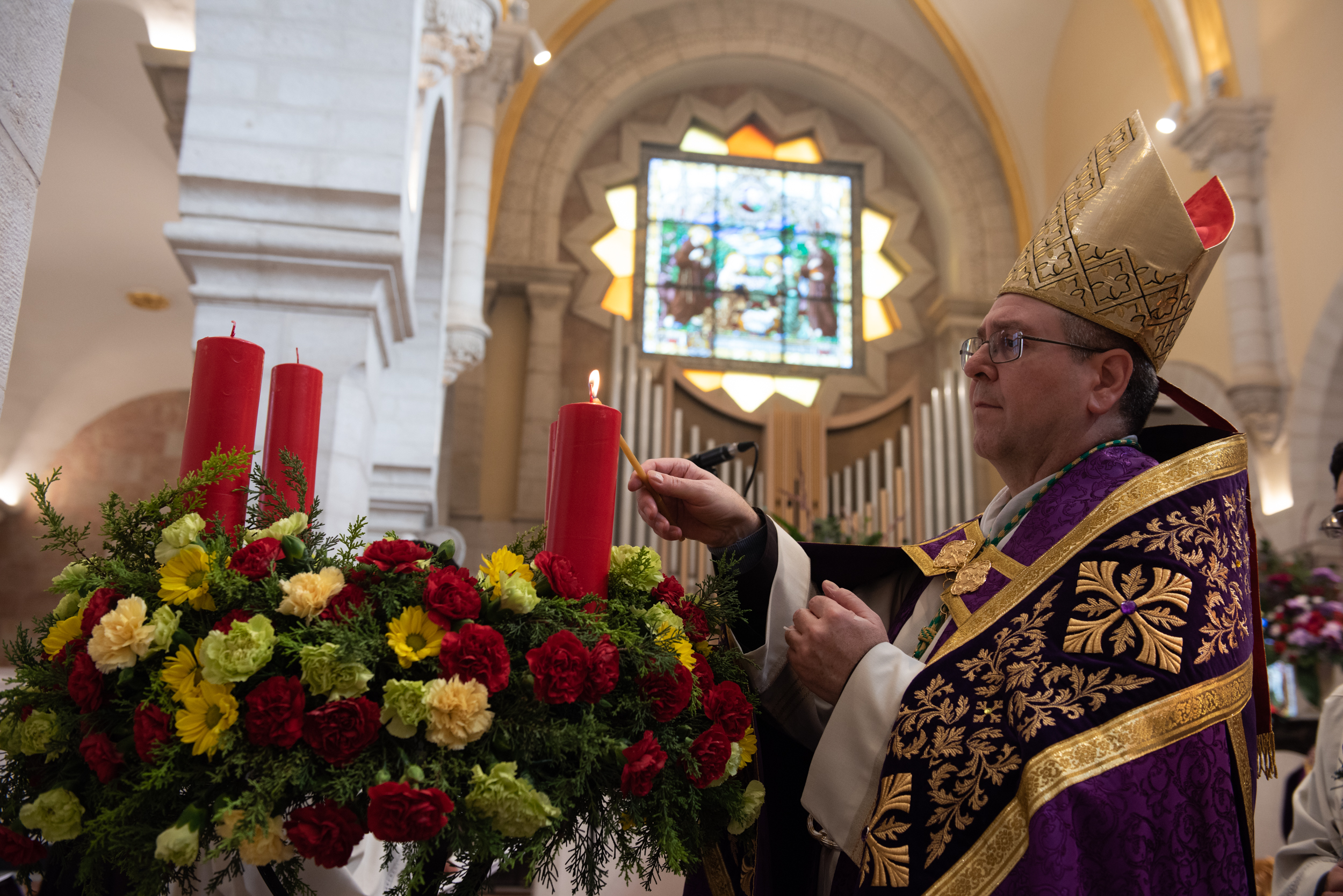 An end and a beginning marked the weekend in Bethlehem. The Basilica of the Nativity welcomed the friars who had come from all over the world for the IV International Congress of the Commissaries of the Holy Land and, together with the friars of the Custody, they started the celebrations of the first Sunday of Advent.

The Congress, which closed its operative phase on Friday, with the presentation of the Custody’s media and the reading of the conclusive document, was then summarized in the final message of the Custos, Fr. Francesco Patton. The Custos thanked the speakers and the Commissaries, insisting on the four major tasks the latter are asked to do: knowing the Holy land and inviting creative promotion both of the holy places and of the dramas in this Land, which needs operators of peace; the invitation to create initiatives of prayer and awareness-raising on peace; the invitation to continue accompanying pilgrimages; encouraging the Pontifical Pro Terra Santa Collection and the other collections for the support of the mission of the Friars Minor and encouraging vocations for the mission in the Holy Land: "We need friars who are open to an intercultural and international context, people who are willing to fit into this age-olddrive,” said the Custos. Fr. Russel Murray, General Animator for Evangelization of the Order of Friars Minor, concluded the session of speakers with an accent on Evangelization, the third word in the slogan of the Congress. "Pilgrimage includes all three words because those who come to the Holy Land in the first place remember a story that happened in the past which once again returns to be present, they are welcomed and they welcome, because a pilgrimage cannot be made in solitude, it returns the idea of being a single body in Christ and these things experienced in depth are evangelization."

The final phase of the Congress coincided with the start of the Christmas celebrations and the new liturgical year. According to tradition, on the Saturday morning in Jerusalem,the parish community of St Saviour, through the words of the Moukhtar, the person chosen as representative, thanked the Custos and the Franciscans wishing them a Happy Advent. In his reply, the Custos renewed the commitment of the Franciscans to support the local community despite the difficulties, especially looking at the new generations, and he invited the local Christians to grow in their capacity to love the Lord and to give testimony of him with their daily lives.

Escorted by the police, the cars of the Custody and of the parishioners then stopped at Mar Elias Monastery, in front of which Fr. Patton greeted the mayor and the parish priest of Beit Jala, together with some parishioners, to then proceed straight afterwards via the checkpoint near Rachel’s Tombto the Basilica of the Nativity, which is open only for the three traditional solemn entrances: the first Sunday of Advent, Christmas and the Epiphany.When they reached the Basilica of the Nativity, accompanied by a delegation of the Bethlehem Scouts, the different celebrations took place: the solemn entrance, preceded by the greetings addressed to the personalities and representatives of the other confessions present, the first Catholic vespers celebrated by the Custos and the Office of the readings presided by the guardian of the Franciscan convent of St. Catherine in Bethlehem, Fr. ArtemioVitores.

It was a liturgically unique day to experience in Bethlehem. “This celebration marks the beginning of a new liturgical year,” said Fr. Patton during the Eucharistic celebration on Sunday, “a new pilgrimage of faith which opens us up to the experience of the vicinity and love of God through the mystery of the incarnation."Advent is a very heart-felt time by the local population as well, who every year light up a large Christmas tree in the main square, next to the Basilica of the Nativity. AsFr. Rami Asakrieh, Parish Priest of St. Catherine in Bethlehem says, everything in the city is done in preparation for the great event of Christmas. "Without the centrality of the Church of the Nativity,” Fr. Rami commented, “the parishioners would be lost, they would not find their real identity. Christmas is very important for them: socially, humanly, nationally and above all spiritually. Thanks to this event, they rediscover their dignity of being children of this place and they find the courage to face up to life."