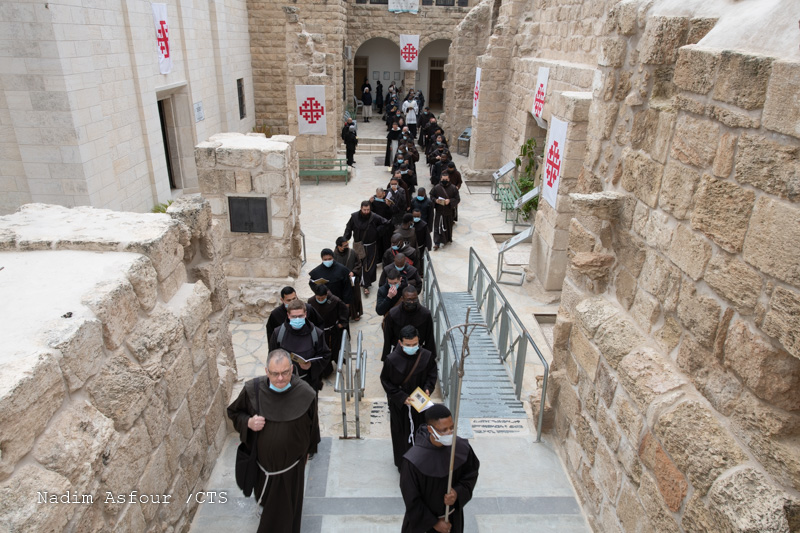 The fourth peregrination in Lent in the Holy Land started in Bethany, in the shrine that stands behind the Mount of Olives in the village of the friends of Jesus, Martha, Mary and Lazarus, known today by its Arabic name of al-Azariya.

On Thursday 18 March at 6.30 in the morning, the Secretary of the Holy Land, Fr. Marco Carrara, presided a mass in the tomb of Lazarus, the grotto located quite near the Franciscan church where, according to the accounts of pilgrims of the 4th century, the man is alleged to have been buried. The Gospel of John relates that he had been laid in that burial place four days earlier when Jesus said to him: “Lazarus, come out” and Lazarus came out, with his hands and feet wrapped in strips of linen and his face covered by a cloth (John 11,1-44).

On the same day, at 7.30 a.m., the friars of the Custody of the Holy Land, who had come from Jerusalem, celebrated a mass in the church of the shrine of Bethany. Fr. Piermarco Luciano, vice-master of the education of the students of St Saviour’s Convent, presided the liturgy, concelebrated by the guardian of the Franciscan convent of Bethany, Fr. Michael Sarquah.

“The Gospel of John linked to this place brings before our eyes the figures of two women: Martha and Mary,” Father Łukasz Popko, a Dominican and lecturer at the École Biblique et Archéologique Française in Jerusalem, said in his homily. “Women appear at all the key times in human life, from birth to death, and the same is true in the life of Jesus as well.” Like Mary the mother of Jesus, the women in the Gospel always intercede for others and do so in a conscious way that is not irrational.

According to Father Łukasz Popko, Jesus let his friend Lazarus die to then bring him back to life, for a greater purpose: “In these times of the pandemic, the Gospel reveals to us that biological life is not the most important, but the “life of the faith” is.” And what does “life of the faith” mean? Jesus does not give any definitions of the word faith, but says of himself: “I am life.” If difficult times were to come even in faith and we think it is too late, for Jesus it is never too late, just as it was not too late for Lazarus. Jesus can always give us life.”

After the mass, the friars went in peregrination to the tomb of Lazarus, just outside the courtyard of the Shrine.

In Jesus’s times, Bethany was in the outskirts of Jerusalem, while today the Wall of Separation between the Israeli and Palestinian territories divides it from Jerusalem. To continue the Lenten peregrination, the friars had to follow a longer path to return to Jerusalem, on the Mount of Olives, where they stopped at the church of the Ascension and of Our Father. There, where according to tradition the passages from the Gospel took place, were proclaimed: the Ascension of Jesus to heaven (Mark 16, 15-20) and the institution of the prayer of Our Father (Matthew 6, 5-13). Following in the steps of Jesus in this time of preparation for Easter, the Franciscans prayed, “Remain with us, Lord.” 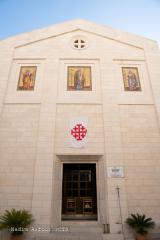 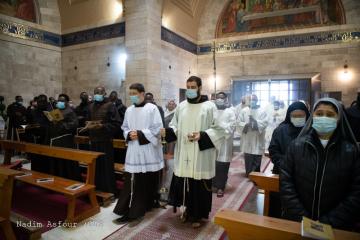 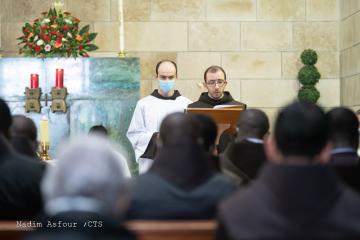 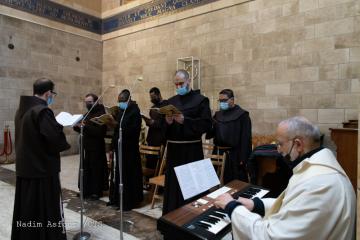 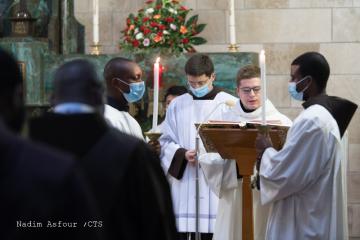 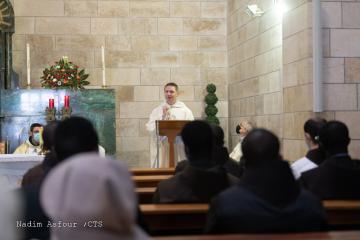 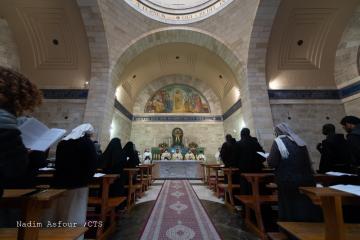 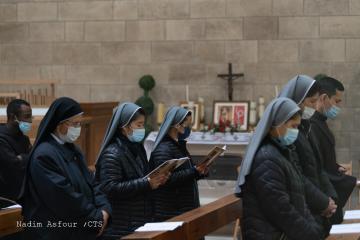 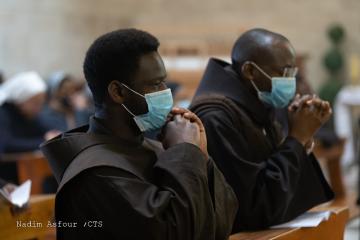 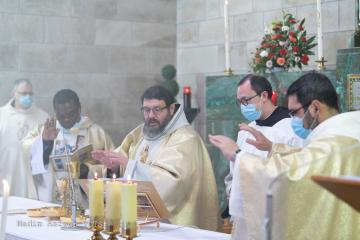 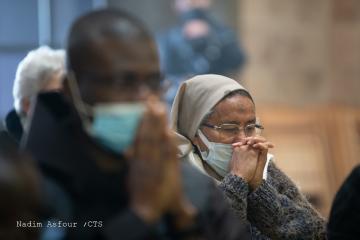 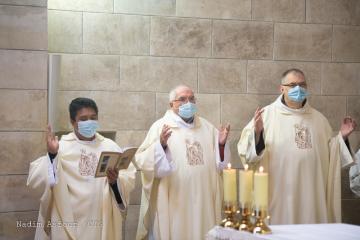 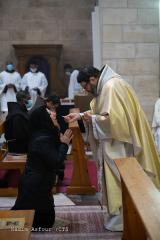 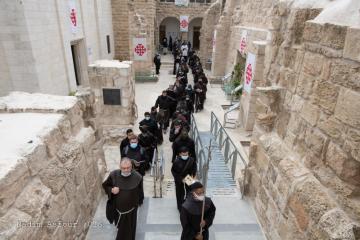 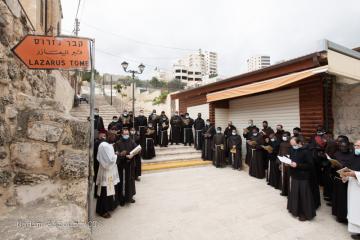 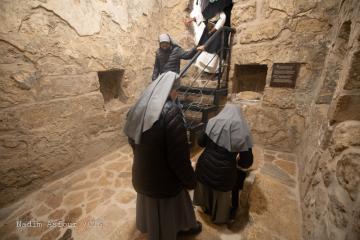 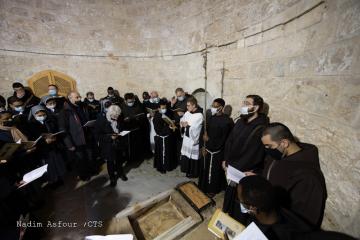 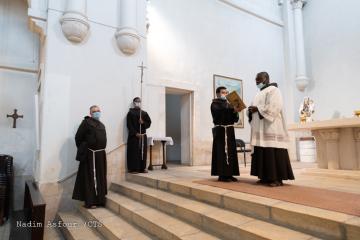