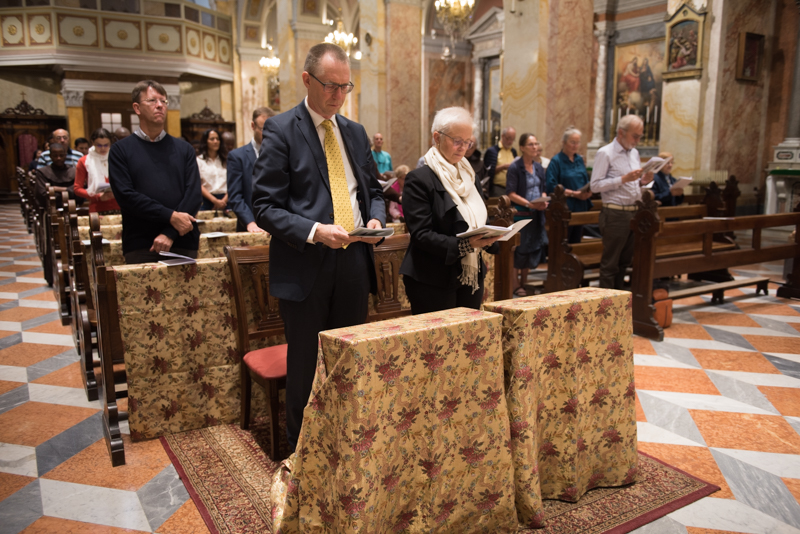 St Leopold, the patron saint of Belgium, was celebrated this year again at the Custody of the Holy Land. On Sunday 10th November, in honour of King Phillip of Belgium, the Eucharist was celebrated in the church of St Saviour in Jerusalem, in the presence of the Consul General of the Kingdom of Belgium, Danielle Haven. For the Custody of the Holy Land, these events represent every year a sign of thanks for the work done in the past and the present by France, Belgium, Italy, and Spain, the four Catholic countries that protect the Christian communities.
Fr. StéphaneMilovitch, head of the Cultural Heritage Department of the Custody, presided the Mass, in which a tribute was paid to the linguistic diversity of Belgium, with readings in French, Flemish, and German, the three languages spoken in this country.

“Today we are celebrating St Leopold -  a few days early because the feast day falls on 15th November -, chosen by King Leopold as a patron saint when Belgium came into being in 1830. His values were in favor of peace and religious freedom and we wish the same to the King today,” Father Christian Eeckhout, a Dominican of the École Biblique et ArchéologiqueFrançaise of Jerusalem, said, “The readings of the day suggest remaining strong in difficulties and persecutions,” continued Father Eeckhout. The Dominican Father then quoted a sentence by Pope Benedict XVI, German like St Leopold, repeated by Pope Francis in his message for the World Day of Peace this year: “What could be more beautiful than an outstretched hand? It was meant by God to offer and to receive. God did not want it to kill (cf Gen 4,1ff) or to inflict suffering, but to offer care and help in life. Together with our heart and our intelligence, our hands too can become a means of dialogue.” In light of all this, according to FatherEeckhout, we have to promote the human values of equality, respect, and justice.

As usual, for the celebrations in which the diplomatic corps of the consulates take part, the feast-day came to an end with a small reception, in the Diwan of St Saviour, used for official receptions.
“My feelings today are of joy, pride, and privilege,” commented the Consult General of the Kingdom of Belgium, Danielle Haven. “This is already the third year of my appointment and attending the Mass in honour of our King, here in St Saviour,  is always a moment of joy. We have excellent relations with the Custody of the Holy Land and we are very close to our Christian communities of the Holy Land.” In recent years, Belgium has supported the restoration of the stained glass windows of the Basilica of the Nativity in Bethlehem and continues to offer its moral and spiritual support to the Custody.  As evidence of the long-standing relations between the two institutions, a precious subject from Belgium is today in the Terra Sancta Museum of the Custody: the sword said to have been of Godfrey of Bouillon, used for the investitures of the Knights of the Order of the Holy Sepulchre. 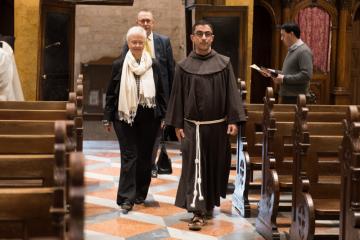 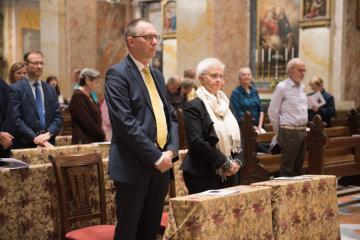 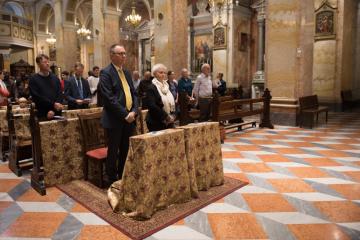 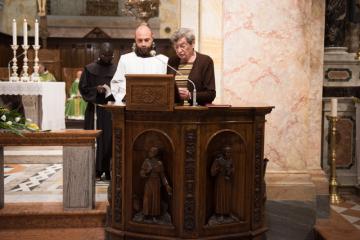 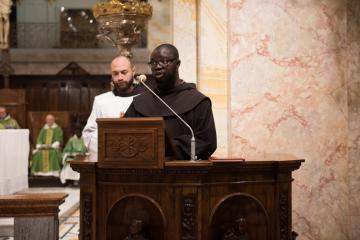 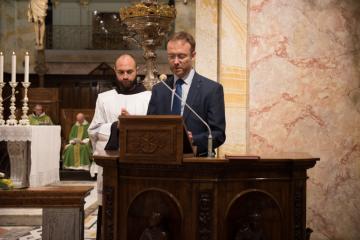 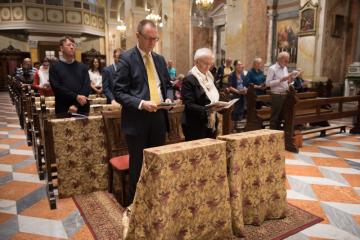 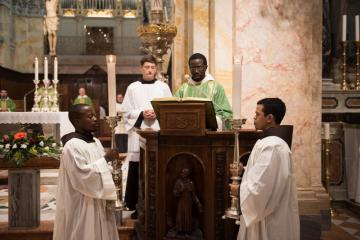 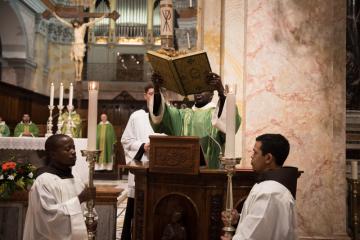 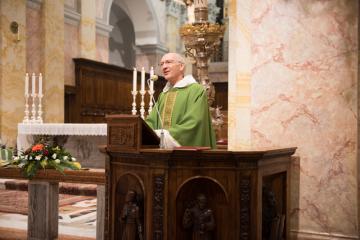 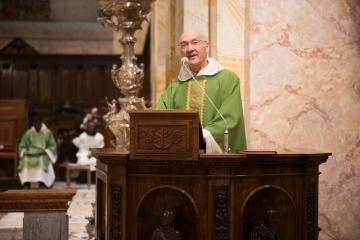 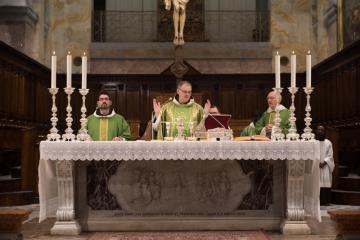 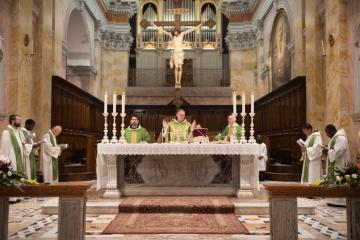 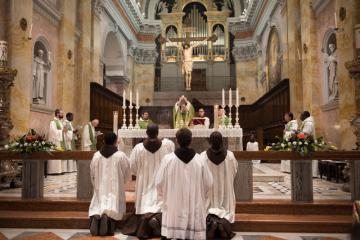 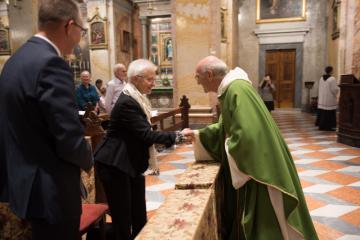 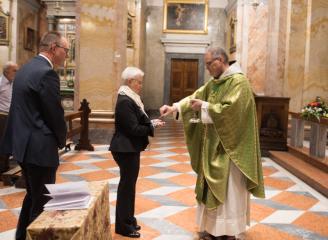 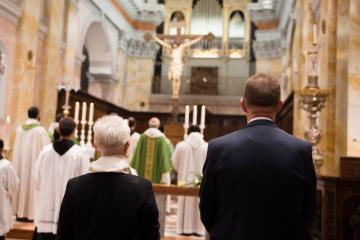 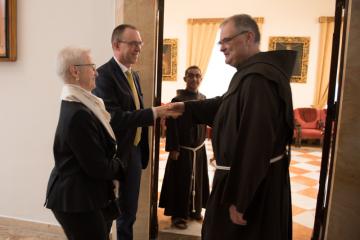 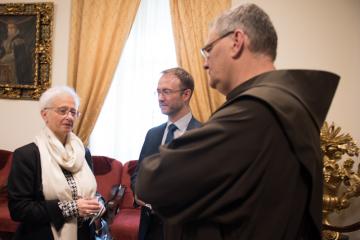