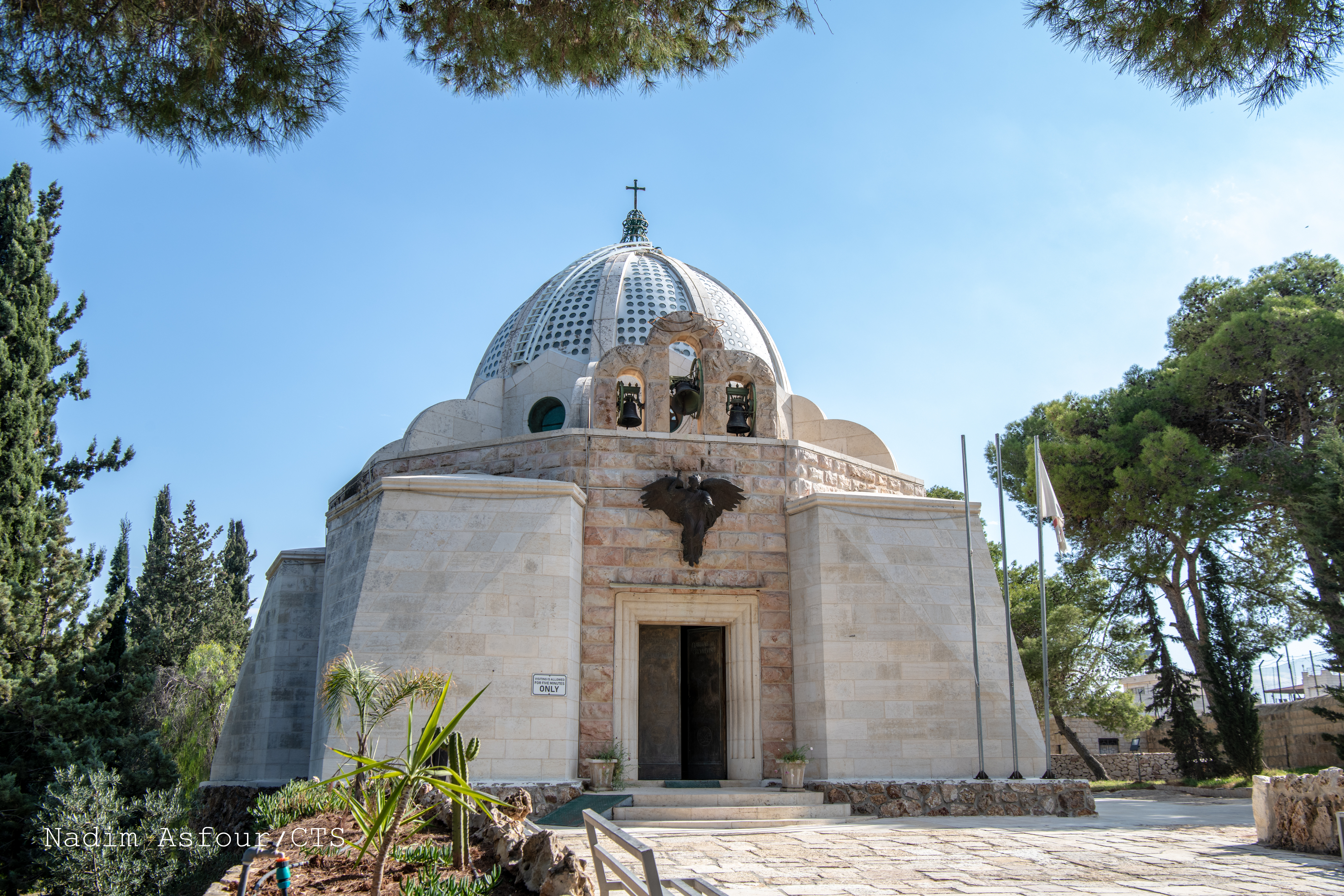 “Do not be afraid. I bring you good news that will cause great joy for all the people. Today, in the town of David a Saviour has been born to you; he is the Messiah, the Lord. This will be a sign to you: You will find a baby wrapped in cloths and lying in a manger.”

With these words an angel announced to the shepherds the birth of the Saviour,  according to the Gospel of Luke (Luke 2,8-20). They were the first to reach Bethlehem and adore the Child Jesus laid in a manger. On 29th December the Custody of the Holy Land recalls this evangelical episode with a celebration at the shrine which stands today in the village of Beit-Sahour, three kilometres south-east of Bethlehem, on the site identified by tradition as the shepherds’ field.

Usually about a hundred people take part in the solemnity of the apparition of the angels to the shepherds, but due to the restrictions for the Covid-10 pandemic, this year only a small group of faithful could attend. “The parish priest of the Latin church of Bethlehem, Fr. Rami Asakrieh and a few other members of the local community visited us for mass,” explained Fr. José María Falo Espés, guardian of the Franciscan fraternity of the shepherds’ field. “We were also a small community of about thirty people on 24th December, with the midnight mass presided by the Apostolic Nuncio in Israel and Palestine, Mons. Leopoldo Girelli,”

It was a different Christmas night at the shrine of Beit Sahour, where in previous years groups of pilgrims alternated continually to celebrate in the chapel and in the natural grottos. “This year we only had four masses booked for about one hundred people, made up of  local religious men and women and groups of Christians who live in the Holy Land,” continued Fr. José.

The shrine had been closed since last March until the end of May, while now it has reduced opening hours (from 9 a.m. to midday), and it is closed on Fridays and Saturdays to respect local provisions. Despite the absence of pilgrims, life in Beit Sahour continues: “Today our community is made up of three friars. We do not know when we will be able to open again all day long as we did before the pandemic, but in the meantime  we continue our life of fraternity and our work so that everything is ready for when people start visiting the shrine again and praying.” Their days are marked by welcoming the few worshippers, working in the garden and the convent and moments of prayer.

“The hope that everyone has placed in the vaccine is a real hope that we can return to a normal life,” says the guardian of the Franciscan convent of Beit Sahour.

The site has been a destination of pilgrimages for centuries and the natural grottos were certainly used in the past by the shepherds as shelters. Some archaeological finds (pottery from the Herodian period and coins dating back to the time of the first Roman procurators and the first Judaic War) prove that the upland was already inhabited in the times of Jesus. St Jerome already spoke of the shepherds’ field in the 4th century, calling it Migdal Eder, the “tower of the flock”. Bishop Arculf, in the 6th century, recalls the presence of the burial places of the three shepherds in an existing church, destroyed before the arrival of the Crusaders, but which continued to be a place of pilgrimage.

The area was purchased by the Franciscans in the early 20th century, but it was not until 1951-52 that Father Virgilio Corbo carried out systematic archaeological excavations. The remains of a farm dating back to the first century and of a Byzantine monastery, which was thriving between the fourth and the eighth centuries, came to the light.

In 1954 the Franciscans, with the contribution of Canadian benefactors, built the  Sanctorum Angelorum ad Pastores chapel, designed by the famous architect Antonio Barluzzi. The particular shape of the dome still aims today to remind all pilgrims of the tent of the shepherds, who were the first to receive the news of the Saviour’s birth. 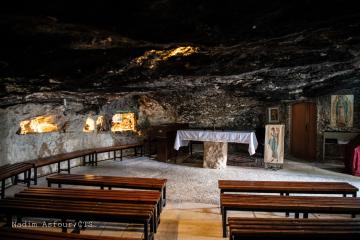 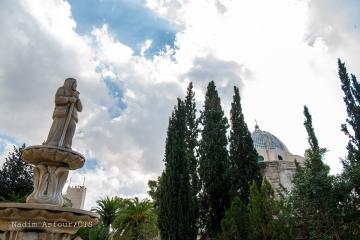 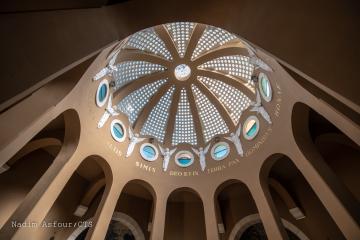 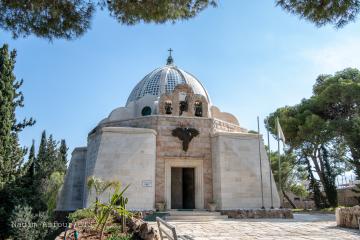 The commemoration of the Massacre of the Innocents in Bethlehem

Bethlehem: Christmas Eve in the birthplace of Jesus