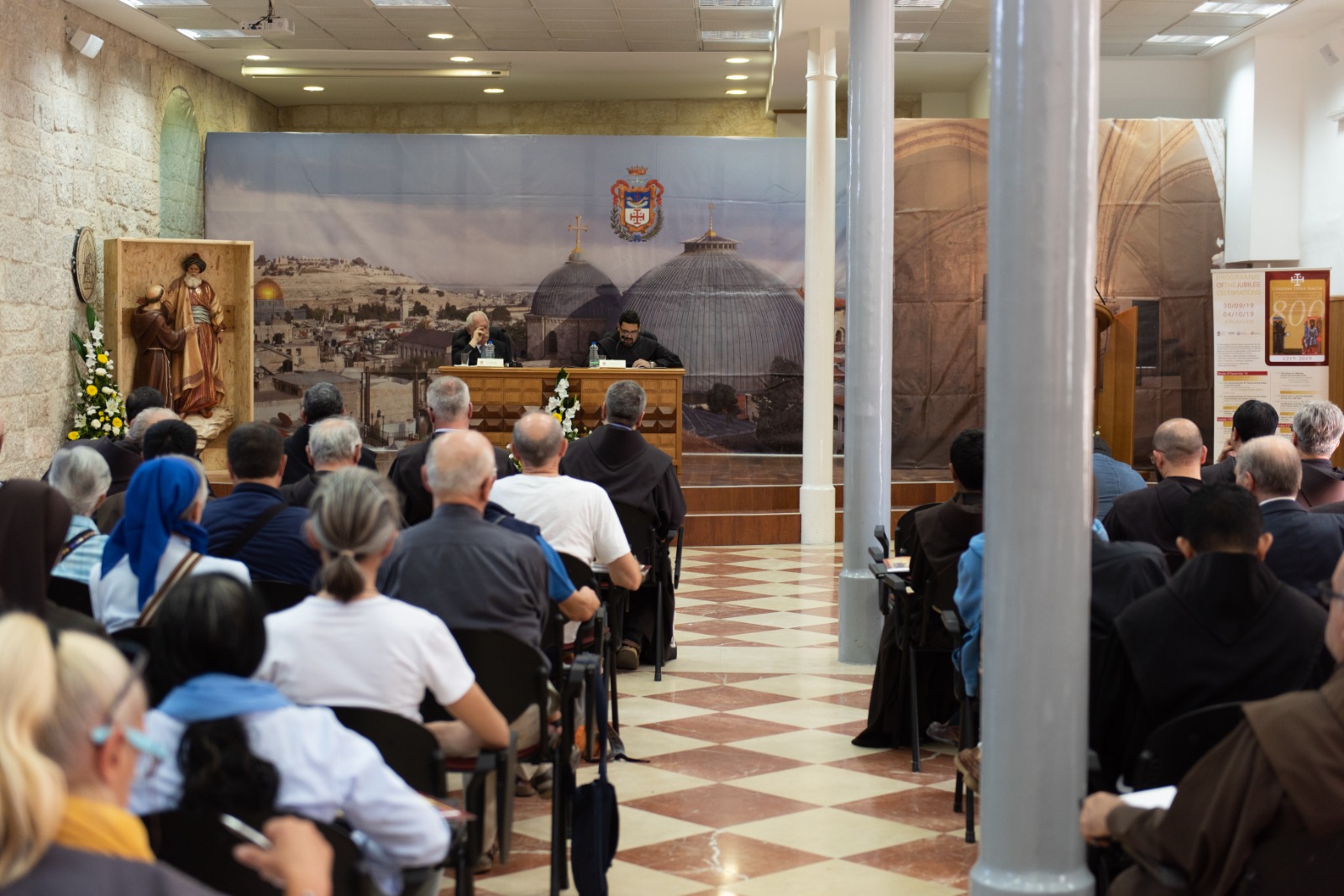 A series of talks to celebrate the meeting between the Poor Man of Assisi and the Sultan Al-Malik Al-Kamil are taking place from 30th September in Jerusalem at the convent of St Saviour, the seat of the Custody of the Holy Land.

The Speakers were welcomed on the first day by a large group of participants and will follow on one another to “establish and historically document that the meeting took place in Egypt, so as to give a base to the celebrations," said Fr. Narcyz Klimas, vice-archivist of the Custody and organizer of the conference. "We began thinking about this conference as early as last year,” Fr. Klimas commented"and we did not expect such a large participation, which is a sign that the topics chosen are both of interest and topical.”

Various meetings will follow on one another in the coming days, starting with an in-depth look at the Arabic sources by Dr Bartolomeo Pirone, professor of Arabic Language and Literature and the study of the Crusader and Western sources by the medievalist Dr Antonio Musarra. On the following days, Mons. Felice Accrocca, Bishop of Benevento, will analyse the subject on the basis of the Franciscan sources, and Dr Musarra will deal with the "Franciscan traslatio of the Holy Places,” which linksGreccio with Bethlehem and the Calvary with La Verna, with a focus on the Pardon of Assisi.

There will be a cultural event on Wednesday 2nd October, with two lectures in the morning. The first, by Card. Leonardo Sandri, Prefect of the Congregation for the Oriental Churches, on bringing up to date the meaning of the meeting between St Francis and the Sultan in the teaching and in the gestures of Pope Francis and the second, by the General Secretary of the Order of Friars Minor,  Fr. Giovanni Rinaldi, who will introduce an updating for the Order of Friars Minor linked to the presence in the Holy Land. The visit and meeting with Muhammad Ahmad Hussein, Grand Mufti of Jerusalem, in the Mosque of Al-Aqsa and, on the afternoon of 3rd October the celebration of the Transit of St Francis which will open the celebrations for the saint’s feast-day, are to be underlined.

"The objective is to commemorate this meeting,” commented Fr. Francesco Patton, Custos of the Holy Land, “but this is not an objective linked only with looking back, because this meeting, which took place 800 years ago, is still fundamental for overcoming the logic of the clash of civilizations. This conference could, in a special way, help us to bring the message of the meeting up to date, in a continuous line with what Pope Francis has proposed to build up peace, first in Abu Dhabi and then in Morocco. This meeting reminds us that there is an alternative to conflict: the logic of an encounterapproached with heart, spirit and a fraternal attitude.” 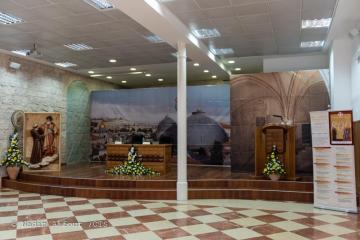 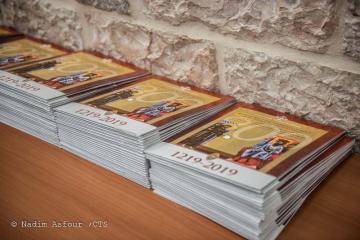 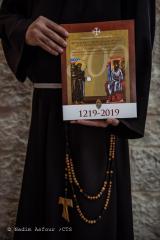 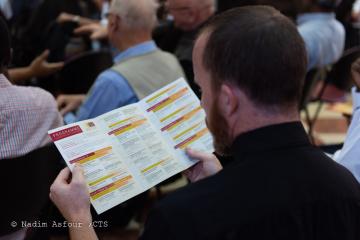 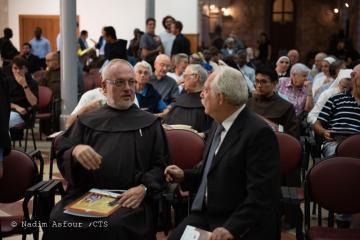 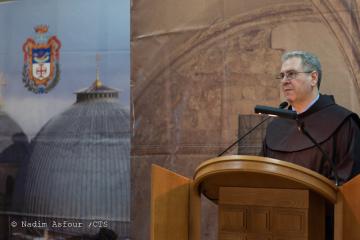 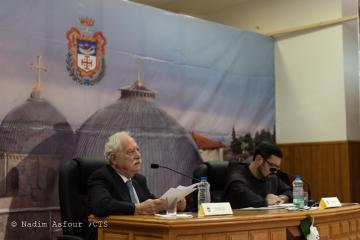 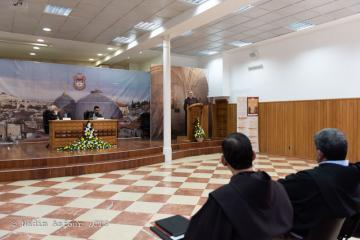 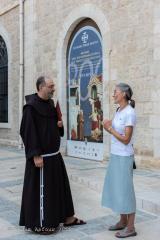 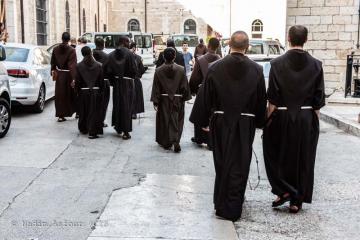 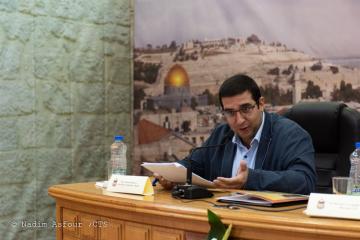 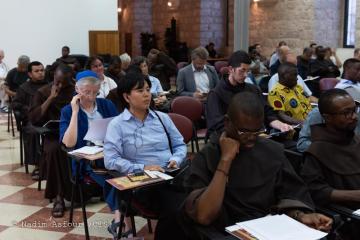 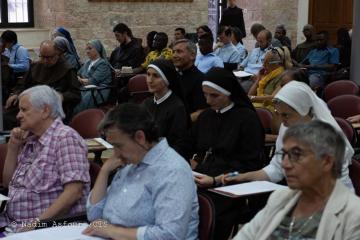 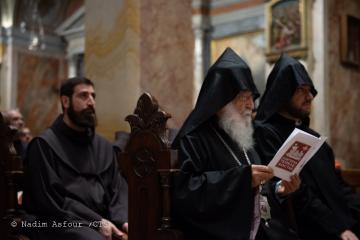 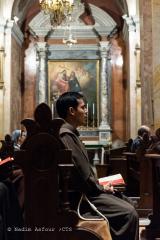 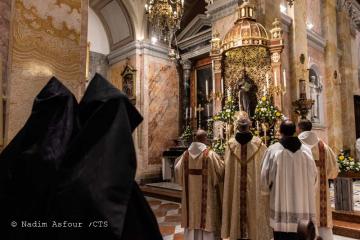 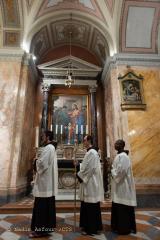 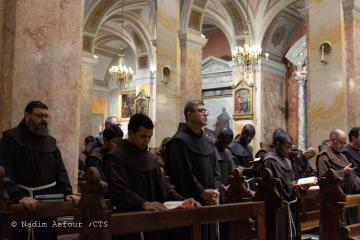 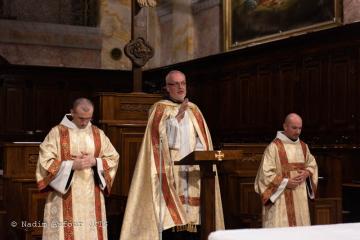 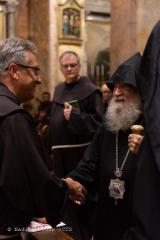 Bethlehem and the Status Quo in the times of Covid-19

The Custody of the Holy Land in Egypt: the convent of Muski